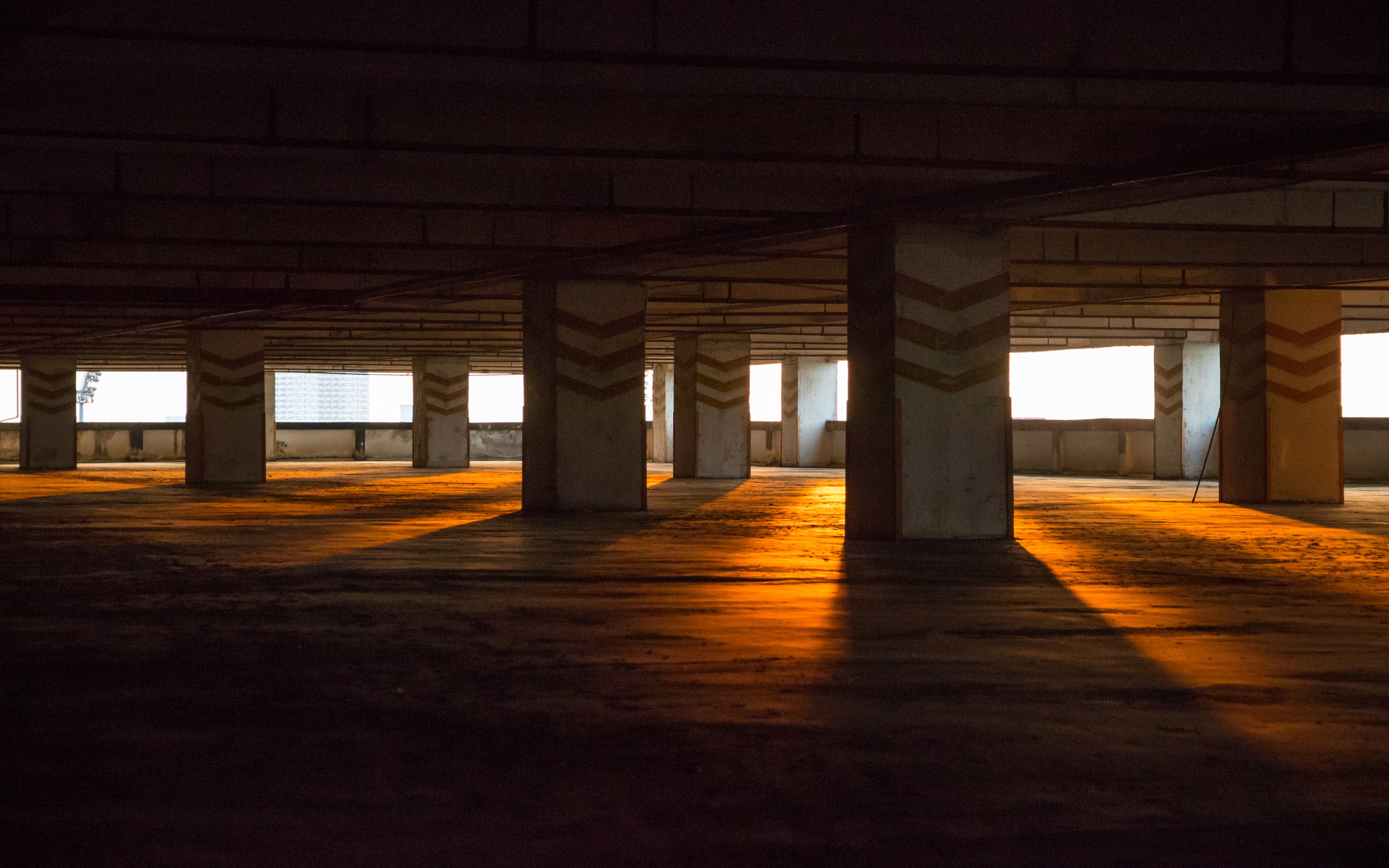 By KP Mohanan and Tara Mohanan

By KP Mohanan and Tara Mohanan

PhD from MIT, taught at University of Texas at Austin, MIT, Stanford University, and National University of Singapore before joining IISER Pune in 2011. Co-founder of ThinQ.

Linguist and Educator. PhD from Stanford University. Taught at NUS. Co-founder of ThinQ.

When a statement is advanced as a claim, its rational justification is a response to a skeptic's question, “Why should I accept that claim?”

The justification is presented as an argument, which contains:
A)    a set of premises that the skeptic accepts, and
B)    a derivation: the steps of reasoning from the premises to a conclusion, where the conclusion coincides with the claim that was presented.

There are two possible responses to the argument.

If the skeptic accepts:
(a) the premises as credible, and
(b) the steps of reasoning as valid,

the norms of rationality require him/her to accept the claim as well.

The skeptic may question one or more of the premises. If that happens, we provide an argument for the premises being questioned (using the same premise-derivation-conclusion structure).

But this cannot continue indefinitely. At some point, we are unable to provide an argument for one or more of the premises. The premise(s) that we have not been able to give an argument for is treated as an axiom. We acknowledge that it has not been proved, but that it is required as a starting point to arrive at the conclusion.

An axiom, then, is a statement that we use as a premise that we do not have an argument for.

2. An Axiom for One may be a Conclusion for Another

We would respond by providing the steps to calculate the product of 345 and 42. Calculation is a specific form of reasoning, which calls for:

a.     using an algorithm for calculating the product of numbers, which we learn in primary school;

The algorithms for calculating the product of two numbers in terms of these different systems of numeral representations are obviously not the same. So our skeptic would ask:

“How do you know that the ‘product calculation algorithm’ for the decimal numeral system that you used in this derivation yields the correct results for the calculation of the product of the two numbers?”

In response to this question, we have to give a proof to show that the algorithm yields the correct results. Most people, including many students who specialize in mathematics, would not be able to give you a proof. Hence, one solution would be to take the following statement as an axiom:

Axiom 1:      The product calculation algorithm for the decimal numeral system yields correct results for the calculation of the product of numbers.

So, when we say that the above statement is an axiom, we are saying that we don’t know how to provide a proof, but we will accept it as a premise.

In the same vein, let us take the idea that the product of two negative numbers is a positive number. We may say that this statement is a theorem for those who can prove it, but an axiom for others:

Axiom 2:      The product of two negative numbers is a positive number.

Let us move from mathematics to physics. Suppose you ask someone with an undergraduate degree in physics:

A 30-kilo canon ball is shot at an angle of 20 degrees at a velocity of 100 meters per second. Where would it land?

Anyone who has worked out problems in classical mechanics would be able to make the right calculations using Newton's laws of motion, and solve this problem. Now imagine our skeptic asking: “How do you know that Newton's Laws of gravity and motion are correct? Why should I accept them as true?”

Often, even people with an undergraduate degree in physics are not able engage with this question in a satisfactory way, by giving a 'proof' (argument) for Newton's theory of gravity and motion. Their response to the skeptic would be:

Axiom 3:      Newton's theory of gravity and motion is true.

[Read the appendix for a more elaborate exploration of this idea.]

Our skeptic, who doubts and questions what (s)he hears or reads, is an open-minded and rational one.

The foundations of rationality are expressed below as Axioms 4 and 5:

Axiom 4: The axiom of logical consequences

If a set of premises is true, its logical consequences are also true.

(If we accept a set of premises, we must also accept its logical consequences.)

Axiom 5: The axiom of logical contradictions

A combination of propositions that constitute a logical contradiction is false.

Given Axiom 4, we can state the central axiom of rational inquiry as follows:

Axiom 6: The axiom of rational justification

Conclusions in a body of knowledge must be rationally justified (argued for), by demonstrating that they are logical consequences of the accepted premises.

Consider a mystic who rejects axioms 4-6, and asks:

“Why should we reject logical contradictions?

Why should we rationally justify knowledge claims?

Knowledge is what is revealed to me by God/the soul of the universe.

Rationality is a defective tool in the search for Truth.”

This position is articulated explicitly in some of Sri Aurobindo's writings. As far as we know, a rational inquirer has no answer to the mystic's questions, because responding them would involve appealing to Axioms 4-6, which the mystic rejects.

Axiom 7: The axiom of coherence

The greater the coherence of a body of propositions, the higher is its probability of being true.

This axiom calls for clarification of the concepts of coherence and truth. We will treat these concepts as primitives (undefined concepts) and describe them as follows:

Truth: A body of propositions is true if it corresponds to reality.

Coherence: According to the so-called 'coherence theory' of truth in philosophy textbooks, coherence is a criterion for accepting a body of knowledge as true: the greater its coherence, the greater its likelihood of being true.

But what is coherence?

Most dictionaries give the meaning of the word coherence as

a state or situation in which all the parts or ideas fit together well so that they form a united whole.

What this means is that the ideas are so connected that making even the smallest change in any of the premises results in enormous consequences to the conclusions.

Axiom 9:      We can understand the nature of the world we live in by constructing theories to explain what appears to us in the external world.

Axiom 10:   The world is governed by a small number of coherent principles.

Now, some scientists are 'realists' — they view the goal of scientific inquiry as understanding the nature of the world we live in. For them, if they accept Axioms 8 and 10, then they don’t need Axiom 7, because it can be derived from the combination of Axioms 8 and 10.

Other scientists are ‘instrumentalists’ — they view the goal of scientific inquiry as making correct predictions of observable phenomena; to them, understanding is irrelevant. They would accept Axiom 7 is relevant for them; and axiom 10 is then redundant.

4. An Alternative Paradigm and its Consequences

The nature of the axioms in the paradigm of rational inquiry become clearer when we juxtapose them against axioms in a different paradigm. For instance, take Axioms 11 and 12:

Axiom 12:         Our religious scriptures are literal transcripts of God's words.

Given 11 and 12, it follows that the literal interpretation of the scriptures of our religious community is infallible.

B.         Rationally justified conclusions are not infallible.

Notice that the Church, which rejected the heliocentric theory on the grounds that the theory was inconsistent with the Bible, was not being irrational. It accepted Axioms 4–7. But, for them, Axioms 11 and 12 had priority over Axioms 4–7. And hence they rejected Galileo's conclusion.

What happens if there are logical contradictions across the scriptures that we accept, or within one of them? If we still continue to accept the scriptural statements, then we are rejecting the axioms of rational inquiry.

5. The Nature of Academic Knowledge

In the preceding sections, we elucidated the concept of axioms and connected it to the concepts of epistemology and ontology. This might strike you as unnecessarily esoteric. But as you can see, these concepts are tied up with the concept of rational justification, and these four concepts are fundamental to our understanding of academic inquiry and academic knowledge.

Because these concepts and the terms that denote them are absent in the discourse of mainstream education, students tend to view all knowledge as 'facts', imbuing them with total certainty. The vocabulary of reasoning, premises, derivation, conclusion, claim, evidence, argument, justification, axiom, definition, theorem, conjecture, data point, explanation, theory, epistemology, ontology, and so on is part of the metacognition of academic knowledge and inquiry. In other words, they allow us to be aware of the process of knowledge construction, individually in our own mind, and collectively in academic communities. This awareness functions as an antidote to the naive view that academic knowledge is a collection of fragments of information that carry total certainty.

If we extract the qualitative part of Newton's Theory of gravity and motion, we can develop a conceptual understanding of the theory more meaningfully, even though we may not be able to make any calculations. Given only the conceptual part of the theory, it would be possible for even a 10th grader to understand the rational justification for the theory, and to answer the question, "Why should we believe it?"

The core ideas of the theory, expressed as qualitative statements, would be:

2.     The default state of a body is uniform velocity.

3.     Force causes a change in the default state of an object.

4.     The motion of an object that is caused by a force is in the direction of the force.

5.     Given the same force, the greater the mass of an object, the less the change in velocity.

7.     Any two objects in the universe attract each other with a force that increases with the increase in their mass, and decreases with the decrease of the distance between them.

In contrast to (5)–(7), the following equations are quantitative:

We can argue for the qualitative statements in (1)-(7) without engaging with the quantitative specifics of the choice between, say,

As a concrete example, consider the choice between (2) above and (2’) below:

2':    The default state of a body is the state of rest (no change of location).

The statement in (2') yields the concept of inertia in Aristotle's theory of motion. For him, the equivalent of inertia — the default state — was the state of rest (non-movement). When we combine (2’) with (3), we get Aristotle’s concept of force — that which changed the state of a body from rest to motion (defined as change of location).

For Galileo, inertia was uniform velocity ((2)). Hence, force was that which changes velocity. Newton adopted Galileo’s ideas rather than those of Aristotle.

To provide rational justification for Newton's theory, we might begin with a comparison between (2) and (2’), and show how (2) (along with other statements) provides a better explanation than a theory that adopts (2').

For someone who can provide such an argument, it is not an axiom.

[1]           For a discussion of the concepts of digits, numerals and numbers, see pages 1-9 of the downloadable document Numerical Algorithms and Digital Representation by Knut Mørken (https://www.uio.no/studier/emner/matnat/math/MAT-INF1100/h17/kompendiet/matinf1100.pdf

Photo by Mirko Blicke on Unsplash