Click here to view ThinQ's Google Calendar of Events. You can add the calendar to your own in order to get updates on ThinQ Events including this one.

Like other major scientific theories, such as the heliocentric theory of the solar system, the theory of gravity and motion of inanimate bodies, the theory of atoms and molecules, and the germ theory of diseases, Darwin's theory of biological evolution has become part of the worldview of educated individuals in the modern times.

Given any scientific theory, we may ask:

This webinar is on Question (D). In particular, I seek to engage with the following question with respect to the Darwinian theory of biological evolution:

There have been two opposing attitudes towards the credibility of Darwin’s theory: one of rejection, and the other of acceptance. Rejection of Darwin without critical thinking is triggered by the belief that humans and the other species were created separately by a supernatural power. An example of this attitude can be found in the video, “This is why evolution is WRONG,” at https://www.youtube.com/watch?v=dLOoWdGDR4c&t=7s

The opposite attitude, that of accepting Darwin's theory equally uncritically, stems from subscribing to the textbook science (as distinct from real science) position. An example of this attitude can be found in the video of the talk by Jerry Coyne at AAI 2009, “Why Evolution Is True,” at https://www.youtube.com/watch?v=w1m4mATYoig&t=1s

Both these attitudes come from what I would call Blind Faith. In this talk, we will steer clear of blind faith, and attempt a critical evaluation of Darwin's theory, from the perspective of an open-minded rational skeptical inquirer.

Questions A-C on Darwinian Theory of Evolution: a brief note

Darwin's theory is about the phenomenon of ‘homology’ in biological diversity. Homology is the appearance of the ‘same’ pattern in what are clearly different things. Thus, the drawing of a triangle when enlarged is clearly different from the original in size, but the two have the same shape. A triangle when rotated changes its orientation, but its shape and size remain the same. Likewise, the human arm, a cow's legs, a bird's wings, a bat's wings, and a lizard's legs have obvious anatomical differences, but they all share the same three-part skeletal structure. What biologists call homology, mathematicians refer to as symmetry (what remains unchanged) under transformation (what is changed).

The central question that Darwinian theory of evolution seeks to answer is:

How do we explain the homologies in the structure, function, and behaviour of life forms?

Darwin's answer is in terms of shared ancestry, or Common Descent. The core of the theory is the statement that:

All existing and extinct forms of life evolved from a common ancestor (or a small number of ancestors).

But these attributes, though similar, are not identical, because the attributes that are inherited undergo changes: the idea called Descent with Modification (also called Divergent Evolution). This in essence is Darwin's explanation for homology in biology.

To derive a credible explanation from this theory , we need a few supplementary ideas. Some of them are: random mutation, survival of the fittest (also called natural selection), competition for resources and sex, adaptation, niche/habitat/environment, convergent evolution, and lateral inheritance (also called lateral transfer).

As preparation for our engagement with question D, it would help to look up the terms in bold italics above, at the Berkeley website, “Understanding Evolution,” at https://evolution.berkeley.edu/evolibrary/home.php 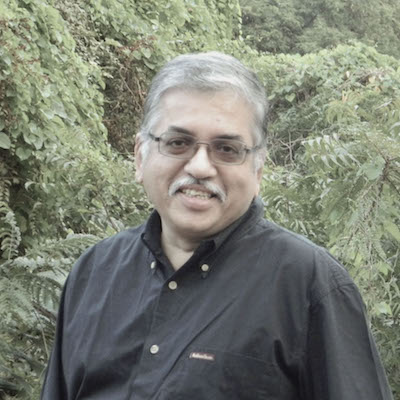